It’s time for Jared Cannonier to show us who he is.

Just 10 months ago, everything was laid out for Cannonier (13-5). He was 3-0 as a UFC middleweight, and the defending champion of his division, Israel Adesanya, was saying his name — instead of the other way around. Adesanya wanted to fight Cannonier. A title shot was basically imminent.

Until Cannonier lost to Robert Whittaker in a five-round main event in October.

And that’s been the story with Cannonier, who faces Kelvin Gastelum (17-7) at UFC Fight Night on Saturday in Las Vegas. It’s been easy to get excited about Cannonier. When he wins, he looks spectacular doing so. He appears to have all of the intangibles. He’s athletic, powerful, well-rounded and an intelligent competitor.

ESPN’s No. 5 welterweight, Jared Cannonier, and Kelvin Gastelum look to get back on track after each lost to Robert Whittaker in their most recent fights.

But if you study his career, it’s fair to say he has come up short in his biggest tests. When he was at light heavyweight, he couldn’t beat Jan Blachowicz (the current champ). Nor could he get by Dominick Reyes (a former title challenger) or Glover Teixeira (the next title challenger).

When he dropped to middleweight in 2018, he began his run with three consecutive finishes — although, it bears mentioning the three opponents he beat (David Branch, Anderson Silva and Jack Hermansson) are a combined 3-8 since the start of 2018. Once Cannonier ran into a former champ in Whittaker, he took his first loss in the weight class.

There’s a reason Cannonier is the UFC’s No. 3-ranked middleweight. And there are reasons Adesanya was excited about a potential matchup against him. He can be dominant; he has shown that capability. He’s a very dangerous task for anyone on any given night. He would be a very intriguing title challenger.

And that title shot is right there for the taking, but Cannonier has to win the kind of fight that’s in front of him on Saturday. He has to prove he can put away an elite opponent, which Gastelum is. If Cannonier does that, I believe we’ll see him in a title fight in 2022, and I believe the sport will be very excited for it.

2: Fighters with knockouts in three UFC weight classes. Cannonier is one of them, scoring KOs at heavyweight and light heavy before doing so at middleweight. The other is Conor McGregor (featherweight, lightweight, welterweight).

5: Fight-night bonuses awarded to Gastelum, tying him for fourth most among active middleweights.

84.6%: Finish rate for Cannonier (nine KOs and two submissions in 13 wins). Gastelum also has 11 UFC finishes (six KOs, five submissions), but he has 17 wins, putting his finish rate at 65%.

1-4: Gastelum’s record since April 2019, when he lost to Israel Adesanya in an interim title bout. Prior to that, Gastelum had been 10-3 in the UFC with one no contest.

6: Knockdowns in the UFC by Gastelum, ranking him fifth among active 185-pounders.

And the winner is … 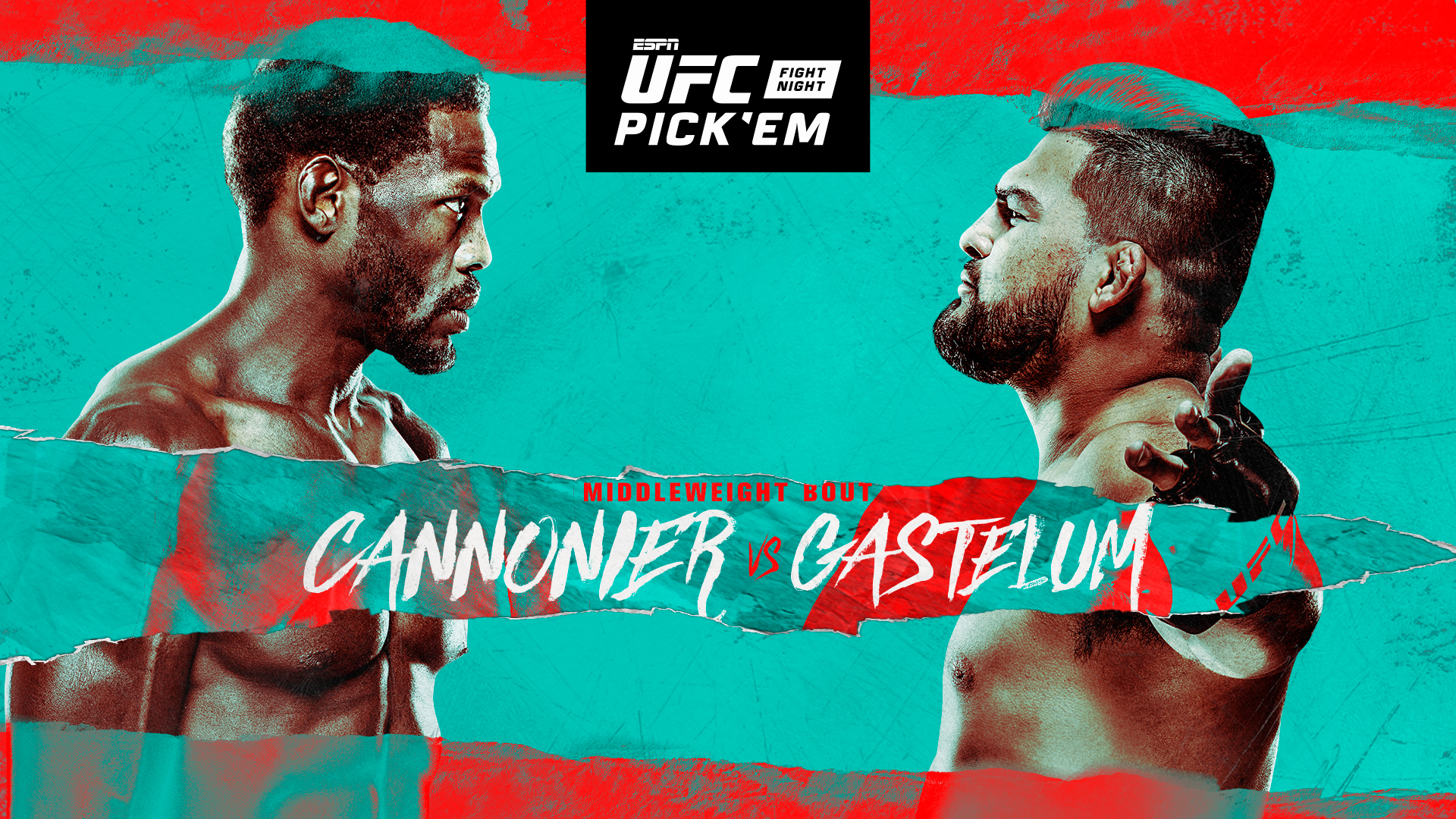 Make your picks and play for a chance to win a free streaming of UFC 266! Make Your Picks

“It’s interesting because they’re polar opposites, in my opinion,” said James Krause, MMA Glory coach. “What I like about Cannonier is his strength always seems to carry, because he dealt with heavyweights in the past. He’s very athletic, very explosive. Good hand speed. And Gastelum, I really don’t look at him as super athletic. I don’t look at him as super fast. But one thing he is, he’s deceivingly fast. His timing is incredible. He puts combinations together really well.”

Check out how Krause and other experts break down the main event and predict a winner.

How to watch the fights

Watch the main card on ESPN and prelims on ESPN2; all of the fights are on ESPN+. Download the ESPN App | WatchESPN | TV schedule

Don’t have ESPN+? Get it here.