Sign up to myFT Daily Digest to be the first to know about Federal Reserve news.

A top Federal Reserve official has warned that the US central bank’s emergency bond-buying programme is ill-suited for an economy held back by supply constraints, urging instead a speedy end to the stimulus to avoid burdensome debts and inflationary pressures.

Eric Rosengren, president of the Boston Fed, told the Financial Times that he would support the central bank announcing next month that it would begin to wind down or “taper” its $120bn in monthly asset purchases this autumn and get on track to halt them by the middle of 2022.

The purchases of Treasuries and agency mortgage-backed securities were no longer the right remedy in an environment of severe shortages of essential materials and workers, Rosengren said. The current situation was different from the aftermath of the 2008 global financial crisis, when the Fed faced a shortfall of demand and addressed it by reducing borrowing costs, he added in an interview on Monday.

“Our big issue right now is not that people aren’t willing to purchase goods and services. The problem is that it’s difficult to be able to find the labour and find the materials to actually produce the goods and services,” he said. “So in that environment we’re having more of an impact on temporary surges of prices and less of an impact on trying to get back to full employment and a more sustainable inflation rate.”

Rosengren, who will be a voting member of the policy-setting Federal Open Market Committee next year, said that the rising pricing and debt loads fuelled in part by the asset purchases could eventually jeopardise the recovery.

“I do worry that undue leverage and price appreciation that could potentially be reversed down the road could undermine the ability to reach our full employment mandate over time.”

As evidence of a scarcity of supplies, as opposed to a lack of demand, Rosengren pointed to the booming housing sector.

“If material prices have gone up substantially and it’s difficult to find a construction crew to come on site, then lower interest rates increase [housing] demand, but they don’t necessarily do much to increase employment,” he said.

The same was true for the auto industry, he said, citing the more than 40 per cent annual rise in used car prices driven in part by a global shortage of semiconductor chips.

“The cost-benefit analysis around the asset purchase programme changes a bit as a result of the pandemic creating these supply constraints,” he said. “I’m not sure we are getting the same benefit that we did during the financial crisis.”

Asset prices are another point of concern, with many investors increasingly taking on more risk. The additional yield above Treasuries, or “spread”, demanded by investors for owning high-yield bonds, for example, is hovering close to its all-time lows.

“One of the side-effects of pushing interest rates quite low is, by design, you’re encouraging people to take on more leverage,” the Boston Fed president said. “The goal is not to cause surge pricing in asset prices.” 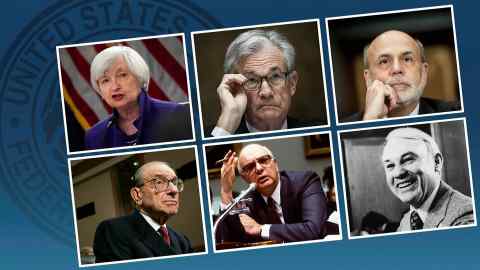 Rosengren — whose views align with other more “hawkish” members of the Fed, including Robert Kaplan of Dallas and James Bullard of the St Louis Fed — weighed in at a turning point for the central bank.

Officials have coalesced in recent weeks around the idea that the Fed could begin scaling back its asset purchases this year as it achieves “substantial further progress” towards its goals of average 2 per cent inflation and maximum employment.

Many at the Fed, including Rosengren, believe the central bank has already fulfilled the first of these goals, with another strong jobs report or two solidifying the second in the coming months.

Further gains on both of these fronts, with inflation moderately exceeding 2 per cent for some time and the unemployment rate falling further to about 4 per cent or less, could set the stage for the Fed to raise interest rates as early as 2022, Rosengren said.