Sign up to myFT Daily Digest to be the first to know about Terrorism in UK news.

Potential terrorists with an intent to “cause harm” to Britons are exploiting the chaos of evacuations at Kabul airport to try and board flights to the UK, a defence minister has warned.

The British government came under pressure last week over the pace of its operation to airlift thousands of UK nationals and Afghan staff from Kabul following the Taliban takeover. But James Heappey, armed forces minister, said on Monday that officials are conducting extensive checks to ensure potential evacuees did not present a security risk.

“We would love to be able to just open the gates and let people in at an even faster flow,” he told the BBC. “But there are people right now in Kabul trying to get on to British flights that we have identified in our checks as being on the UK no-fly list. So the checks that are being done are entirely necessary because there are people trying to take advantage of this process to get into the UK to cause us harm.”

UK diplomatic staff managing evacuations on the ground have been supplied with biometrics equipment to root out fraudulent applications, a Whitehall official told the Financial Times.

Western intelligence agencies are concerned that the Taliban’s return to power in Afghanistan could prompt a resurgence of al-Qaeda’s networks in the country, which were effectively suppressed during the two decades of military operations by Nato allies.

Baroness Eliza Manningham-Buller, former director-general of MI5, the UK’s domestic intelligence service, warned last week that the Taliban victory and its rout of western forces would have significant security implications for Britain and its allies. She said the Taliban’s successes would serve to “inspire and embolden” jihadis across the board, and expressed doubt that Afghanistan’s new leadership could realistically uphold its promise to prevent terrorists operating from its territory.

“The border with Pakistan is porous, and its government supportive of the Taliban,” Manningham-Buller told the House of Lords. “There is plenty of room to recruit, plot and train a new generation of terrorists . . . I expect more terrorism directed against the west, based on extreme Islamist ideology.” 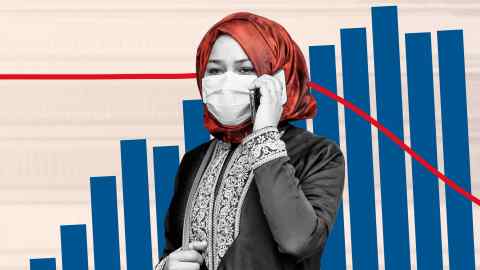 There is also a heightened risk on the ground from Islamic State Khorasan — an Isis affiliate in Afghanistan also known as Isis-K — following the troop withdrawal.

Jake Sullivan, White House national security adviser, said last week that the US was “laser-focused” on the potential for a terrorist attack in Afghanistan by Isis-K.

Heappey said there was a “very real threat” posed by Islamic State in Kabul, and expressed particular concern about the threat of a suicide bombing at the airport during the evacuation effort.

“One of the most remarkable things about what our troops are doing is they know that there is the real threat of a suicide bomber or some other sort of threat or attack,” Heappey said. “That means that with one hand they have to have their finger on the trigger, and in the other hand they’re holding people’s babies.”

A total of 1,821 people have been evacuated from Kabul by the British military in the last 24 hours and 6,631 have been airlifted in the past week. There are due to be nine further flights in the next 24 hours.