Sign up to myFT Daily Digest to be the first to know about Artificial intelligence news.

The Chinese artificial intelligence start-up SenseTime is going public in Hong Kong, even as mainland peers pull their stock market listing plans in response to Beijing’s widening crackdown on the technology sector.

The company, whose backers include SoftBank, Alibaba, Tiger Global and Silver Lake, filed documents for an initial public offering on the Hong Kong exchange late on Friday. SenseTime did not indicate how much money it intended to raise but it is one of the world’s most valuable AI start-ups.

SenseTime last raised funds at a valuation of more than $8bn last year, said two people familiar with the matter, but its valuation is now closer to $12bn, one of the people said.

Despite being blacklisted by Donald Trump’s administration in 2019, SenseTime’s business has grown significantly in the past few years. It is one of the key companies in China’s burgeoning AI industry, a critical facet of President Xi Jinping’s “Made in China 2025” blueprint.

SenseTime’s move comes as China’s regulators have cracked down on the technology sector this year, an assault that has targeted consumer tech including ecommerce, food delivery, lending and gaming companies.

However, AI, as well as the biotechnology and semiconductor industries, has received huge support from Beijing. China’s leader regards companies in this sector as crucial to cutting reliance on US technology and solidifying the nation’s reputation as a tech hub within its own right.

SenseTime is known for its computer vision technology, which allows machines to analyse visual data. Its facial recognition software is used in millions of smartphones globally, and the pandemic has boosted demand for its products such as temperature sensors and the ability to identify people wearing masks.

A key product is SenseCore, a platform that helps companies create AI models and algorithms for their needs at low cost, for instance autonomous driving. 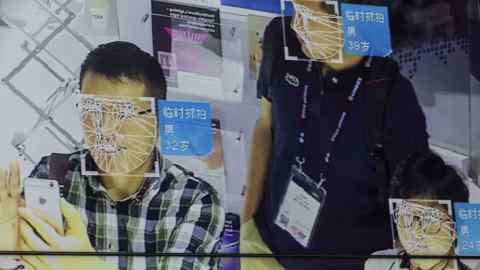 Even so, its filing highlighted regulatory risks. SenseTime said it was subject to “complex and evolving” laws around data protection, including new draft regulations for cyber security reviews in China. “We cannot predict the impact of the draft measures, if any, at this stage,” the company said.

The seven-year old company’s growth has also put SenseTime on the radar of US regulators. In October 2019 the US commerce department placed SenseTime and other leading Chinese AI champions including Megvii, iFlytek and Yitu on its “entity list”, accusing them of aiding the “repression, mass arbitrary detention and high-technology surveillance” in the western Chinese region of Xinjiang.

Companies on the list cannot buy products from US companies.

“There can be no assurance that we will maintain our access to all items that are necessary to our business,” SenseTime said.

The company had already sold its majority stake in a police surveillance company in Xinjiang following international condemnation earlier in 2019. SenseTime has since developed a “Code of Ethics for AI Sustainable Development” white paper and is working with the United Nations to improve AI ethics.

Your crucial guide to the billions being made and lost in the world of Asia Tech. A curated menu of exclusive news, crisp analysis, smart data and the latest tech buzz from the FT and Nikkei